The talk on Nelson scheduled for 19th March in the Reading Room has been postponed. Those who bought tickets from the shop can reclaim their money from there. 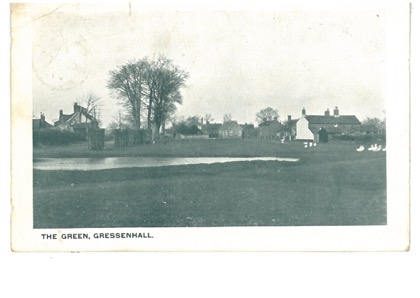 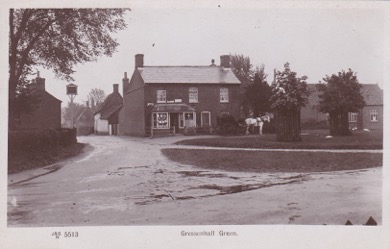 The Reading Room was built on the site of the old village pound and opened in 1904 as a gift to the parish from Rev. John Martyr Ward to commemorate his thirty-five years as rector. Its purpose was for the “recreation, amusements and for generally elevating the out-of-work hours of those resident in the parish”.

A newspaper report of the time describes the building: “The hall is plainly built of red bricks, having a tiled roof, and one thing noticeable concerning it is that no effort has been spared in making it a well-lighted building, the windows being nicely adapted for daylight illumination. The floor is made of well-laid wood blocks. Right round the room there runs a stained wainscot and the ceiling is match boarded with wood of the same stain. Artificial light when necessary will be furnished by a couple of powerful brass hanging lamps, kindly presented by Mrs Ward.”

When it was first built it seems to have been for member’s only, and was open on Monday, Wednesday and Friday evenings from 7.0pm to 10.0pm. Newspapers and magazines were provided, and later a billiard table was added which attracted a younger crowd.

The Reading Room became a Charitable Trust in 1976, and was registered with the Charity Commission the following year. Its objects are to provide “a reading room and village hall for the inhabitants of the parish of Gressenhall without distinction of political, religious or other opinions including use for meetings, lectures and classes and other forms of recreation and leisure-time occupation with the object of improving the conditions of life of the said inhabitants.”

This website uses cookies to improve your experience while you navigate through the website. Out of these, the cookies that are categorized as necessary are stored on your browser as they are essential for the working of basic functionalities of the website. We also use third-party cookies that help us analyze and understand how you use this website. These cookies will be stored in your browser only with your consent. You also have the option to opt-out of these cookies. But opting out of some of these cookies may affect your browsing experience.
Necessary Always Enabled

Any cookies that may not be particularly necessary for the website to function and is used specifically to collect user personal data via analytics, ads, other embedded contents are termed as non-necessary cookies. It is mandatory to procure user consent prior to running these cookies on your website.